Today I woke up way earlier than I meant to but was able to fall back asleep. We didn't have church until 10:30am, but today we were going to a church called Ebenfeld which is apparently the oldest Mennonite church still meeting in the original building in the United States or something. They were having a Tabor Sunday so we got there a little late and it was outside which was like 80 degrees and full sun. The service was pretty boring, but then afterwards there was a really good meal, and lots of door prizes. I got some German bread, but there were some other really good prizes like Tide Pods and Cupcakes and even an Echo Dot. After church, we came back to Tabor and played video games for awhile, and then Johnna and I had dinner and then I needed to print an exam for one of my classes. After dinner, I played some guitar, some more video games, and then went to bed. 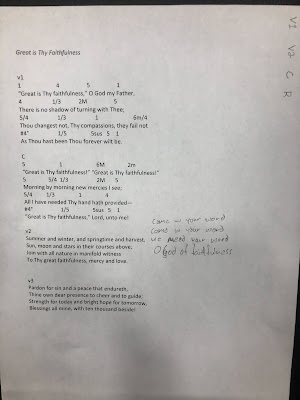