Today was finally the big day! I finished my packing in the morning, then went and had breakfast with Janessa and got a haircut. After lunch Jana, Tevia, and I went over to Grandpa and Nana's for awhile, and then I had to say goodbye to them which was really sad. We went home and I cleaned up any stuff I had left laying around, and then I had to say goodbye to Jana and Tevia, which was the hardest goodbye so far. At 3:30pm, Dad and I got in the van and left home. We started out by stopping at Midwest printing in DL so that I could get a bunch of copies of my thank you letter for everyone who came to my graduation, and then I worked on personalizing and addressing them on the way to Kansas. We met Mom at the Hawley clinic where we tried to recharge the A/C on both our cars because it was going to be 90 degrees in Kansas. Mine ended up having a crack in the piping which was too bad, but then we left and had dinner in Moorhead before driving to Sioux City for the night. The hotel was nice and I showered and then went to sleep. 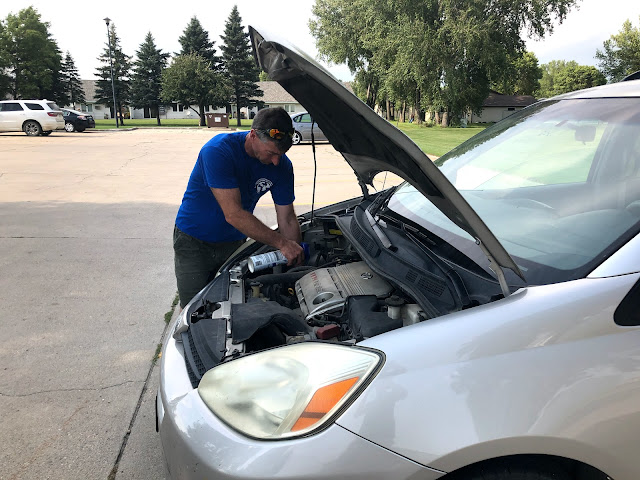