I started out this morning by trying to wake up early and be productive, but just ended up falling back to sleep. I finally forced myself out of bed and got ready for church. Rehearsal went well, and then the service afterwards was a little long but good. After church, I ended up talking to people afterwards for like 45 minutes afterwards. Then I went home and had lunch, before going over to Swiers to help decorate their truck for the graduation parade. I brought the poster of Johnna I had stolen off the fence at the school, but then they kept it which really annoyed me. I probably wouldn't have given it to them to use if I would have known. We watched the beginning of the Detroit Lakes graduation ceremony on TV and then we had to leave for town to get in line for the parade. It was like 90 degrees outside and we had to wait in line for almost an hour but then the parade was really fun and then afterwards we went to the park and had cake before I had to go to work at 6pm. After work, I went home and went to sleep because I was exhausted. 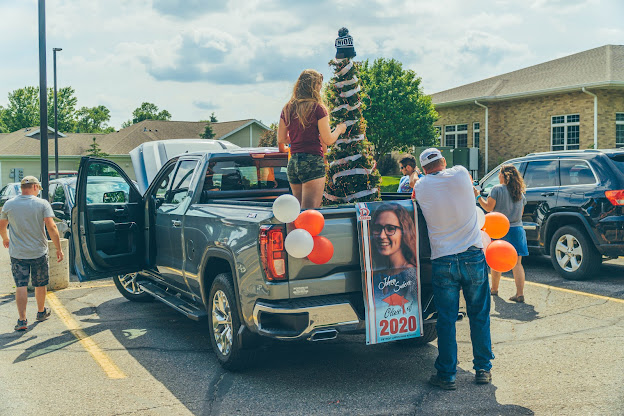