Sickness of Mind and Body

Well, today was when we normally have our Saturday night group, except today didn't go as planned. I slept in till 9:40am, which was amazing and refreshing, and then we had chapel at 10. Tevia was having some behavioral issues, for unknown reason, and was having a tantrum all morning. Dad had to work at 1pm, and he decided it would be best to take Tevia with him, since all she was doing was walking around the house screaming and letting us know how much she hates us at random intervals. Mom on the other hand, was still down with the flu, or whatever she had, and so had called all the people who come over most Saturday evenings, and told them she was sick. Ben still decided he wanted to come though, as apparently he hadn't been sick in 5 years. We had chicken tortilla soup, and then some cheese cake that he brought, which was amazing. I had lit a fire, and decided to open the front panel, but it was smoking up the entire house, so it was probably a bad idea, and we closed it. Then Ben and I went through, choosing the songs for a few Sunday's in the future, when the MYF is in charge of doing music in church. It's always interesting. After that, Dad and Tevia got home, 2 hours earlier than expected, but Tevia's behavior hadn't improved much, so Ben decided to go home and Tevia got sent to bed. We'll all probably turn in pretty soon, as it's been a long day and we have to get up early tomorrow. 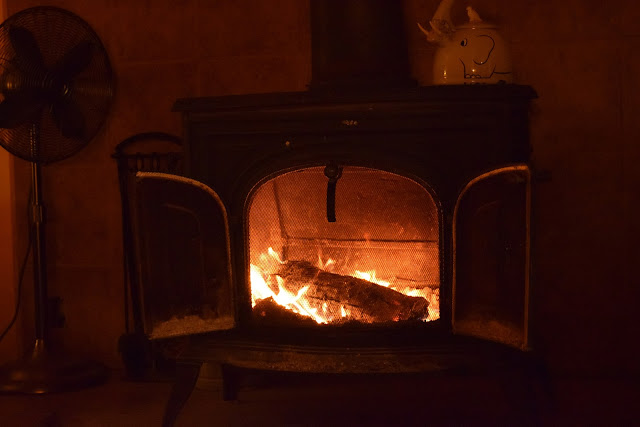