Today we got up at normal time, and Tovin, Jana, and Tevia went up and had breakfast in the cafeteria. French toast, pears in syrup, juice, and milk. Then, Jason and Jana went over to do laundry at Pastor Jose's house. While they were gone, Pastor Jose, his wife, the the MVS guy, Neil, came over to introduce themselves. Tovin answered the door and talked to them, as Talitha was in the baño, and Tevia was in her room. Tovin talked to them awkwardly for a little while, before they left to find Jason. A few minutes later, Jana came running in saying to get the place cleaned up as they were coming to see it. Tovin and Jana cleaned up fast, but it took them a few more minutes as Jason is pretty good at stalling. Alex was with them this time and they had lost Jose's wife somewhere. They looked around then stood in the door talking with Jason for about ten minutes. Then, Talitha went to visit the Mennonite Hospital with them, while everyone else stayed back at the school. Tovin went in search of an allen wrench and a small screwdriver. He eventually found a wrench so he could tighten the screws on all the chairs and tables. Jason went and started working on shelves while Tovin and Hector had some fun cutting up bamboo. Tovin made three little cups out of bamboo, using the chopsaw and sander.  Then, Tovin, Jana, and Tevia went and had lunch in the cafeteria again. It was a very odd meal, as Katie made sure to mention. Canned chicken in a hotdog bun, fruit cocktail, boiled cabbage and corn, and milk. It was still quite good, even if a little different. Tevia took of to some English classes in one of the classrooms with some other kids. Tovin and Jana put up some shelves in that time, as there was a ten minute downpour when nothing could be done outside. Talitha finally got back from the hospital at about 3:30 and started cleaning the apartment, again. Tovin and Jason took the huge table out of our apartment, and swapped it with Katie and Johanna's small round one. The girls all went and showered, as Hector and Elsie had invited us over for dinner. They had already eaten when we got there, as apparently it is some sort of way of honoring the guests. They were even sitting super far away from the table watching us eat, until we insisted they come over so that we could talk. Pastor Jose also came and got some food, which helped make things a little less awkward. Hector, Elsie, their daughter, a friend, and her daughter had made super good food. It was chicken with rice, bean sauce, salad, ripe avocado slices just picked off the tree, plantain, with soda and juice for drinks. It was amazing food, and then we had a good time playing drums and guitar with them and just talking. We said a prayer with them, and then went back to our apartment. They also sent a ton of leftover food with us, which we could eat the following days. We all got ready for bed, and then practiced an acapella song from our Mennonite church back in Minnesota, LRMC, as they wanted us to sing it in church on Sunday. Then, around nine pm, Hector knocked on our door with some fresh bread from the bakery. After having some bread and saying goodnight to Hector (again), we actually went to bed. 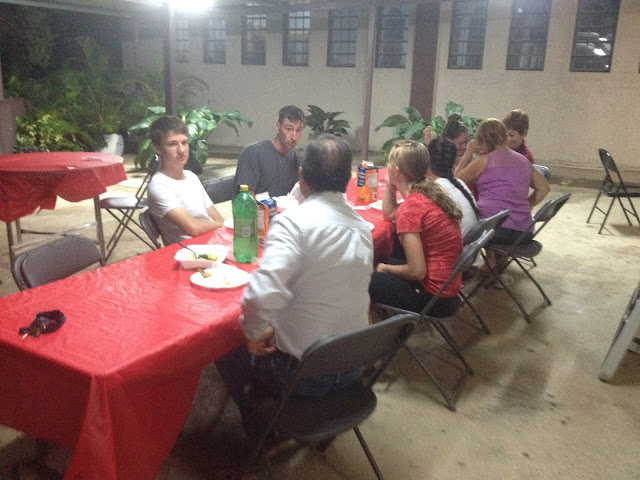 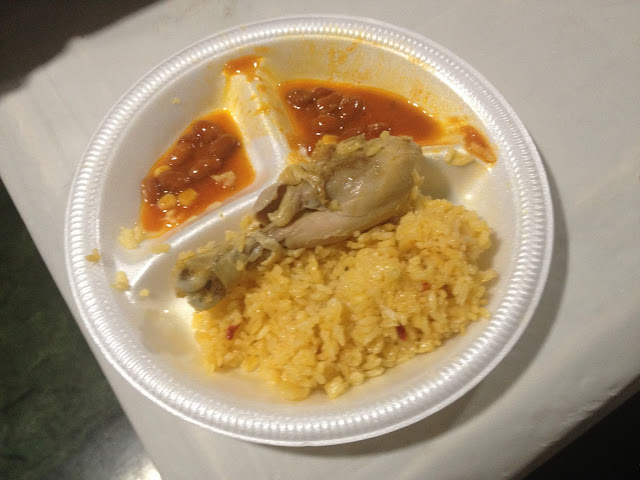 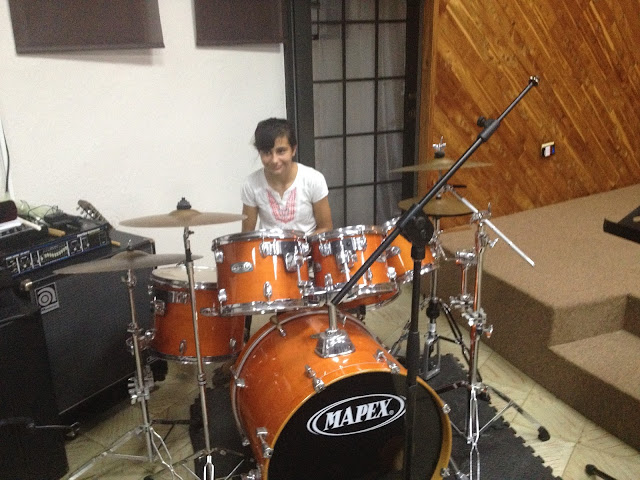