Today we all got up at around 7, and had pancakes with syrup and butter. Then we just hung out waiting for a guy who was supposed to take us to the beach or something. We didn't really know. When he finally came at 8, everyone but Talitha were down talking to some people who lived next to us. We all got into the big white van that seats 15, and felt a little empty with only 6 of us. As it turned out, we were going to a persons birthday party at the beach, so we had to go pick up some people. Pastor Juan Carlos and his family, Johanna and Katharina, and a whole ton of other people. We all got into three vans full of people. Johanna and Katharina come from a very musical family, so there was a lot of singing and chanting being done, as well as air-trombones being played. When we finally got to the beach after about one and a half hours, with one stop at a gas station for ice, everyone got into their suits and ran into the water. Pastor Juan Carlos and a few other people got some food ready and started grilling hamburgers, hotdogs, and chicken. It was a feed-your-own-face kind of deal, so everyone was eating everything all day. More and more people kept showing up, and someone even gave the security guard a hotdog and coke. There was even a radio playing Spanish music, giving it a very Spanish vibe to it. There were groups of people going out to scuba in the reef a little ways out. Eventually, after about 5 or 6 hours, people started to leave and it started getting overcast. Everyone got out of the water and got cleaned up and dressed. Johanna, Katharina, and a large group went back to Pastor Juan Carlos' house, while we went with another group en-route to Old San Juan. We stopped and got food at "Pico Rico BBQ Chicken" which was amazing with, Soda, Rice, Sweet Potatoes, and some white mash stuff that was very good. Then we went with Sam, our driver, a different Hector, Hose, Gabrilla, and Mirely. Old San Juan at night is one of the coolest places on the planet. We went and saw the fort as well, which was amazing. We finally got back into the van after a few hours, and started back. It was about an hour back to Pastor Juan Carlos' house, and then another 15 through Aibonito to our place. We all took showers, except for Jana, and went to bed listening to the gentle rainfall. 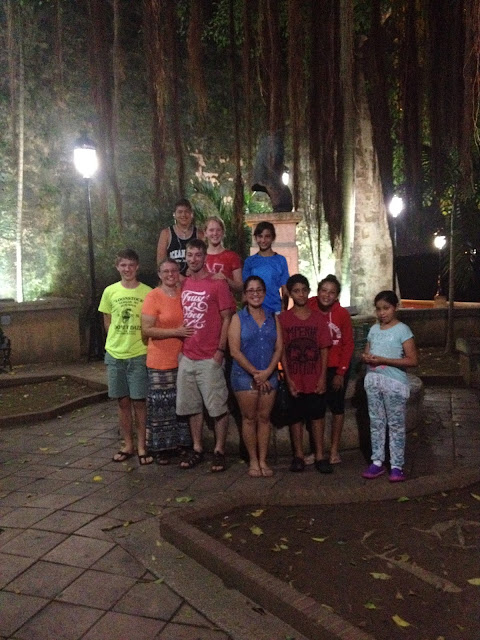 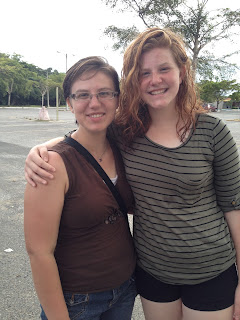 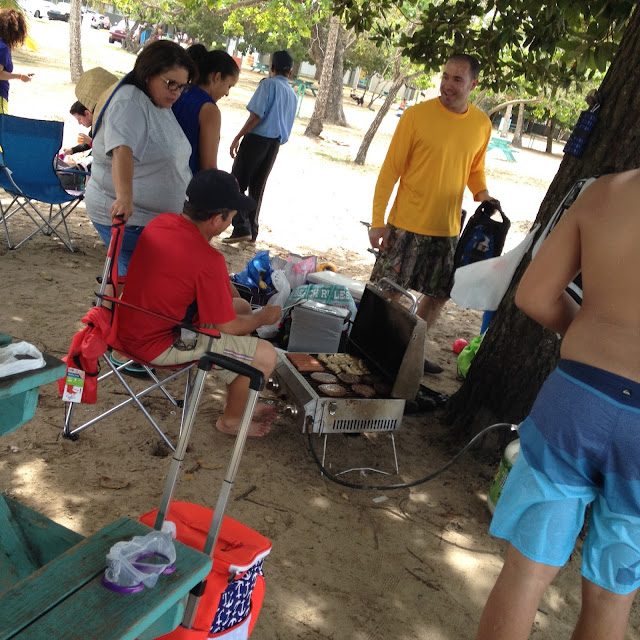