Today was Sunday, so everyone got to sleep in a little bit. We had pancakes for breakfast, then we all got ready for church and walked down. (It was the church on the campus instead of Juan Carlos' church) Tovin and Jana were in a Sunday school class where only Spanish was spoken, which meant they really had no idea about what was going on. Tevia was in a younger class where they had a kid who spoke English, which made it a little easier for her. Talitha and Jason were both in with all the old people. After Sunday School, there was a snack of jugo y pan, or juice and bread. Then everyone went into the sanctuary, and just started singing. There were a lot of songs, as well as taking of the offering and some praying. Then, a lady pastor got up to do the service, which she did in both English and Spanish, which was very impressive. Then they made us stand up in front and sing our song, which they loved. We went back to our apartment after church and had some lunch. After lunch, we had a family meeting to talk about how we thought the trip was going so far. We lounged around for awhile, until we remembered we had invited Katie and Johanna over for dinner, and started making food. Jason and Talitha made stir-fry, which was disgusting, same as the 500 other times, and then we brought it outside where we ate while we talked. Afterwards, we all walked over to Pastor Jose and Lynette's house to look at some shelves they had in their house. After awhile, Tovin, Jana, Tevia, and Katie decided to go on a rat hunt, which was pretty much trying to see the giant rats that lived in the garbage area. After that, Tevia went back to the Pastor's house, while Tovin and Jana went back to Katie's to hang out until it was time to go to sleep. 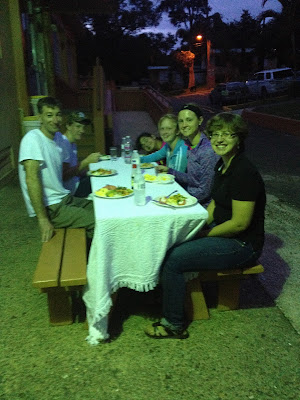 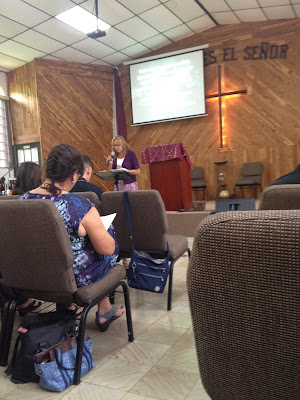 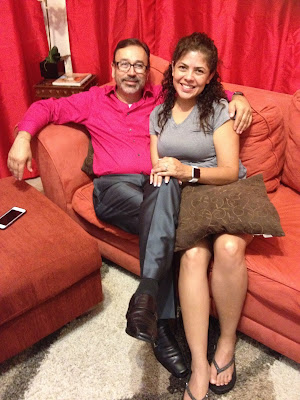