Today we got to sleep in a little, then Tovin and Jana went up and had breakfast in the cafeteria, while Tevia ate in the apartment as she was not feeling super great. Breakfast was eggs, butter sandwiches, applesauce, and milk. Because it was the second Friday of the month, there was a school wide chapel service in the church. We walked down there and almost all the classes shared a little something with the rest of the school. The music was by far the best, and the last song with everyone clapping and singing was really cool. Then, after a prayer, it was time for school again. Talitha went and painted the bathroom floor in the apartment, while Tovin went and pestered Hector until he got some WD-40 from him to oil the door hinges with. Tevia went off to class with some friends while Jason and Tovin took naps. Then, Jason and Jana went and had coffee with Hector and Santos. Tovin woke up and went to find a bathroom. Then Tovin and Jana went and helped Katie put up a mosquito net up over her bed. Then Tovin, Jana, and Tevia helped her watch a little girl named Lyla, until her Dad came to pick her up. After a dinner of leftovers, we played some basketball until it was time to go to the prayer meeting. We got into the bus with a bunch of other people and drove a little ways (not even past Aibonito) while singing the whole way, until we got to the house of a little old lady. We got inside and people were already starting to just stand around and pray. They sand a few songs, and then Hector gave a bit of a sermon, and then more singing and praying. At one point, they pulled our family into the middle while they all prayed for us, including Jermey, who was still in Minnesota. Alex and Paquita showed up at some point and so we saw them some more. We sang some more, and then there were a lot of snacks and different foods and drinks. We all got into the bus, and after one more prayer before we left, traveled the few miles back to the school, where we were all ready for a nice long sleep. 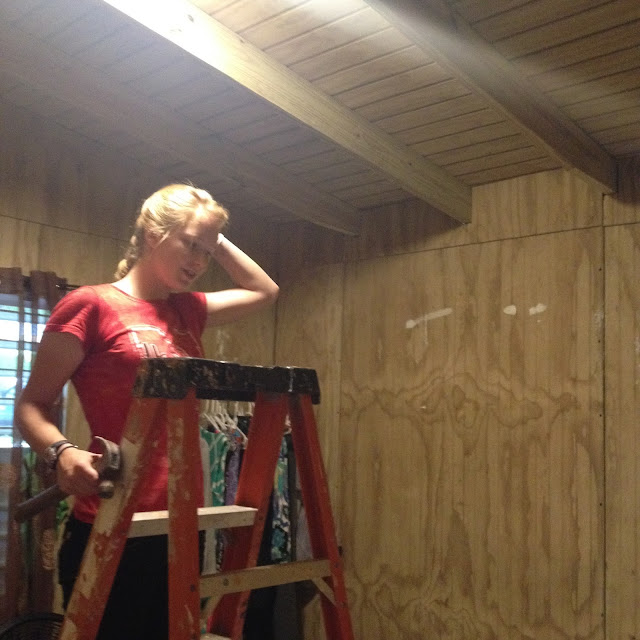 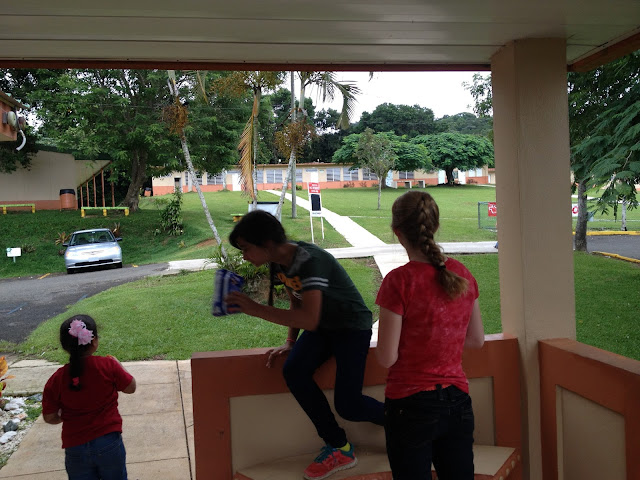 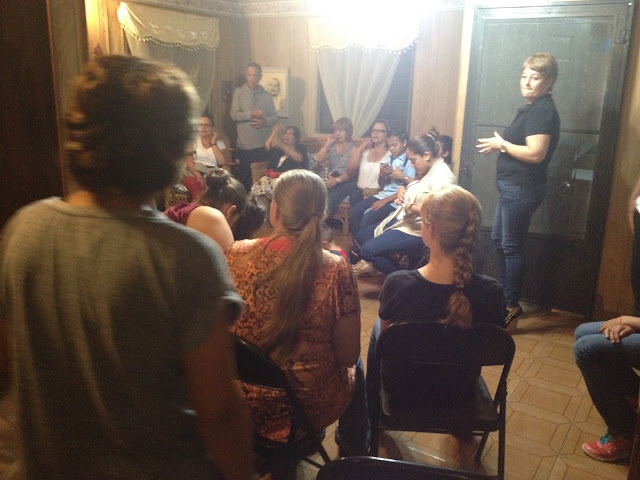