Today we all got up at normal time, except for Talitha, who had a fever or something like that for part of the night. Tovin, Jana, and Tevia went up for breakfast, which was Farina, fruit cocktail, juice, and milk. Then Tevia went to class, while Jana and Tovin went back to the apartment where Jason was making pancakes. Everyone, except Tevia, just sat around and relaxed for awhile. Jason went outside and did some work while we waited for Tevia to come back. Once she got done with class, we read the Bible together and had a little prayer. After that, Tovin, Jana, and Tevia went up to have lunch at the cafeteria, and realized they were near Lyla, the little girl who they had watched, who was quite excited to see them. Lunch was rice and beans, shredded chicken, a banana, boiled carrot slices, and milk. Then, Jana and Tovin went to break down boxes in the junk shed. Hector was picking avocados from the tree outside and Talitha was visiting with Paquita who had stopped by wanting to know if we were ever coming back. School let out around 3:30, so Tovin, Jason, and Jana washed windows and put screens in "La Casita" (Johanna and Katie's house) while waiting for school to finish. Once school was out, Tovin, Jana, and Tevia went swimming with Katie again in the pool. Some dude was shooting doves in the school parking lot, which was kinda fun to watch. They then went over to La Casita with Katie and Johanna where they had coke and pizza. Finally it was time to go to bed, but not before showers and checking in on Jetblue.com to make sure our flight was tomorrow. Hector had given Tovin this fruit that you cracked open with your hand, then ate the pomegranate like seeds from the inside. Everyone had a bit of it, then went to bed.

Note I: We got 5 avocados the size of a goats head. Some others were as big as a coconut.

Note II: Emily's Mom, Karen, who was working at the school, was flying out on the same flight as us we found out later.

Note III: Elsie, Hector's wife, gave us each a knapsack bag, made out of blue cloth, to put our swimsuits in. 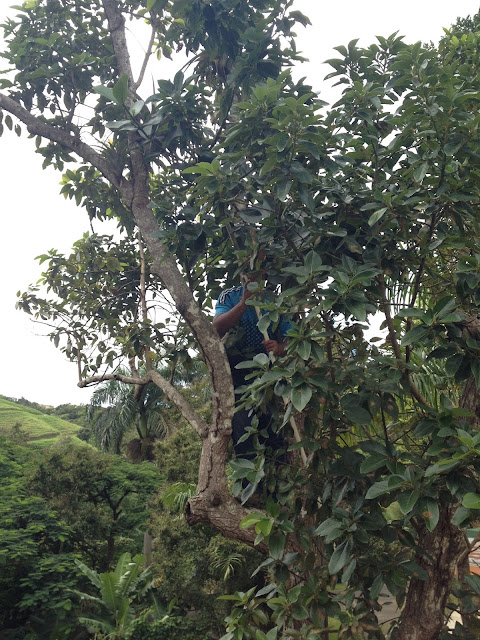 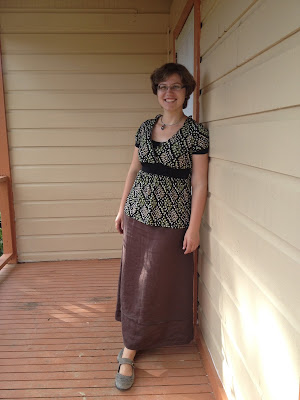 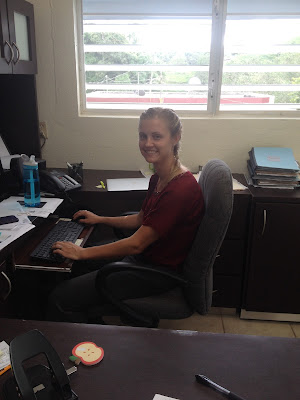 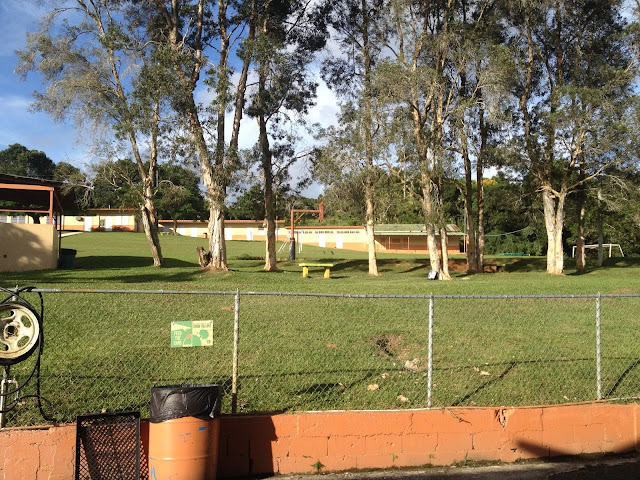