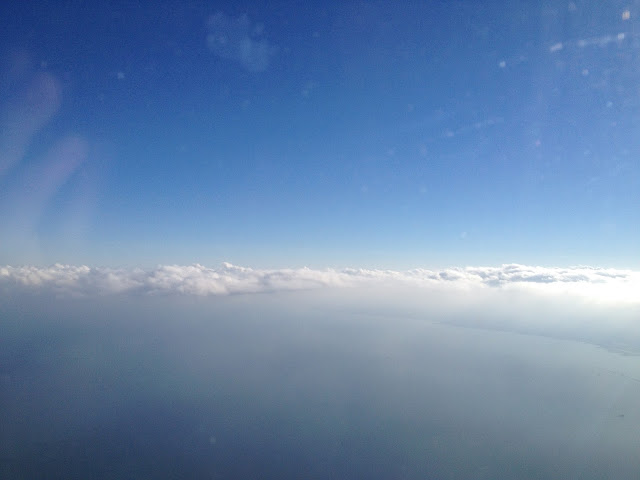 We woke up today to pouring rain and thunder, to match our attitudes. It was rather loud as we had large windows that we couldn't shut. Then, around 6:30, everyone got up and started packing. Hector stopped by with a bag of avocados for us to bring home with us. Tovin, Jana, and Tevia went up and had a last breakfast, then Jana and Tevia went back down to pack while Tovin talked with Katie for awhile. After leaving a thank you card, in Spanish, for the lunch ladies, he went and started packing as well. Once everyone finished, we loaded all of our gear into Pastor Jose's van, and after saying goodbye to everyone, left for the airport. It was about an hour drive and we say almost more than twenty police officers on motorcycles. We finally got to the airport, and had to say goodbye to Pastor Jose. We went inside and printed our tickets, then put our bags through the USDA bag check station. When we went to check in our largest bag, we had to repack as it was 10+ pounds over the limit and would cost more than a hundred dollars to bring the extra weight. We went through security with no problems, and waited at the gate. We met Karen there, then Jason and the kids went to Carl Jr.'s for lunch, while Talitha had a sandwich. We rushed back to the terminal, and started boarding. Tovin, Jana, and Tevia all got seats in first class, and Jason and Talitha were back by the bathrooms. Talitha and Jana ended up swapping seats. Now, Jana is the only one who hasn't rode first class yet. We had a smooth flight and landed in Chicago O'hare ahead of schedule. We went and picked up our bags, and found our taxi driver. He was a nice Russian man who spoke good English. He drove us to Linda's, where our van was in the driveway. We paid him the $70, and then went inside. We visited with Linda for about an hour, giving her an Avocado and some coffee. We said goodbye, said a prayer, and started the 2-3 hour drive to Jen and Davin's in Wisconsin. We stopped at McDonald's for dinner. We then continued to their house, and arrived around 9:30. Everyone was still up, so we all got ready for bed. Tovin fell asleep right away, but everyone else stayed up awhile longer. Was very nice to be in a real bed again, instead of a couch. 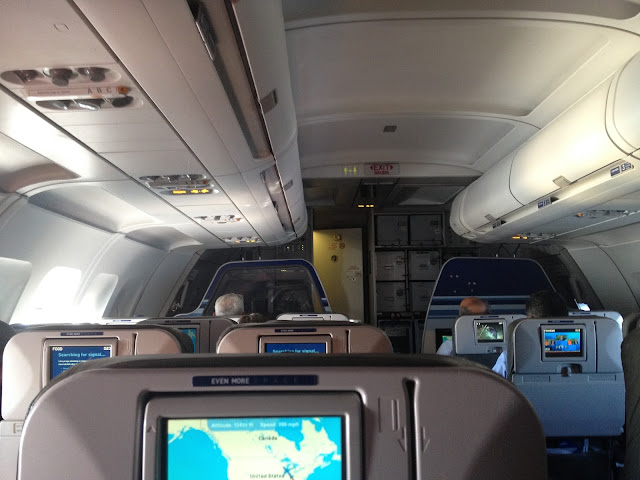 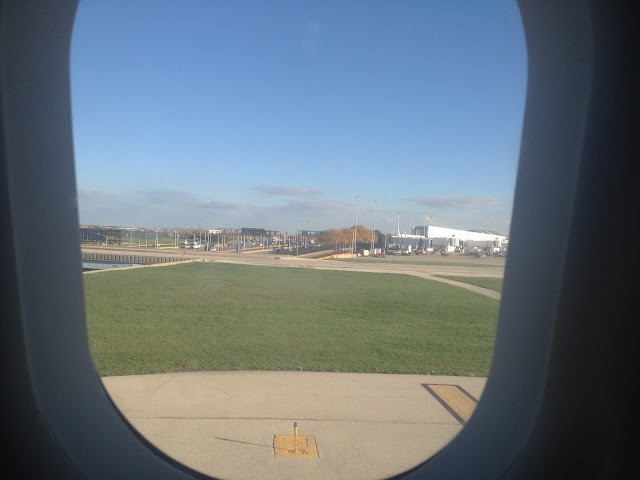 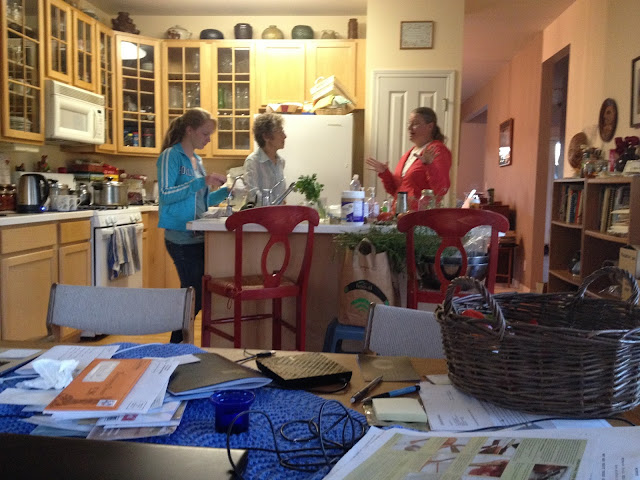