Talitha got up today at 8 and went to help Elsie and Hector make food. Then, around ten, we went down to the church as well and got in a bus with Hector's family and Johanna, as well as two other people. We drove into Aibonito, where Jason and hector hopped out to go find people. The rest of us went and set up chairs, tables, and good. Soon people started showing up and as soon as hector and Jason got there, Hector said a prayer, we sand a song, and started serving Rice, Meat, Juice, and Pasta salad. Once everyone had eaten and started cleaning up or leaving, Katie showed up, as she had run into town. Then, we went and looked around at the town square as it was "Chicken fest," and so there were quite a few vendors set up street fair style right outside a giant church, which actually was having a funeral in it at the time. As it turned out, the funeral was for a bus driver who had died (duh), but the Puerto Rican school buses are, well, very different. Chrome bumpers, giant speaker stacks, and flashing lights are considered pretty normal for a public school bus here. We walked back and loaded into the bus, then back to the school. Tovin, Jana, Tevia, and Katie all went swimming while Talitha and Jason took naps. Then everyone (under 30) went over to Johanna and Katie's house while Talitha and Jason made tater-ton hotdish, a very Minnesotan-y meal. Then, around six after a visit from Alex, we went over to Hector and Elsie's where we had dinner with them, Johanna, and a few other people. Jana and Tevia stayed back to play cards while everyone else went back to the apartment to rest. Once Jana and Tevia came back, it was lights out and good night. 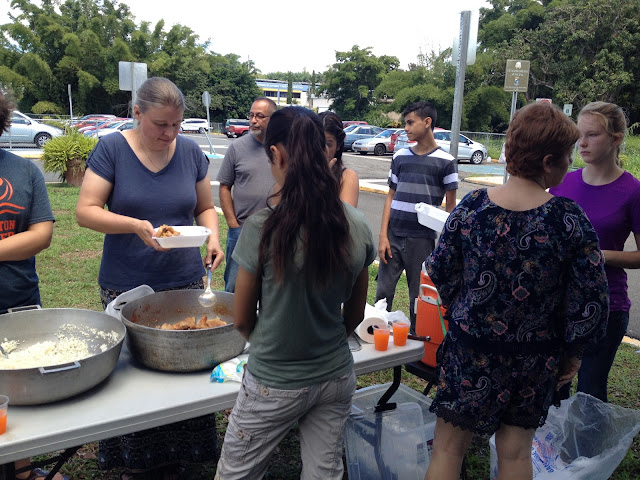 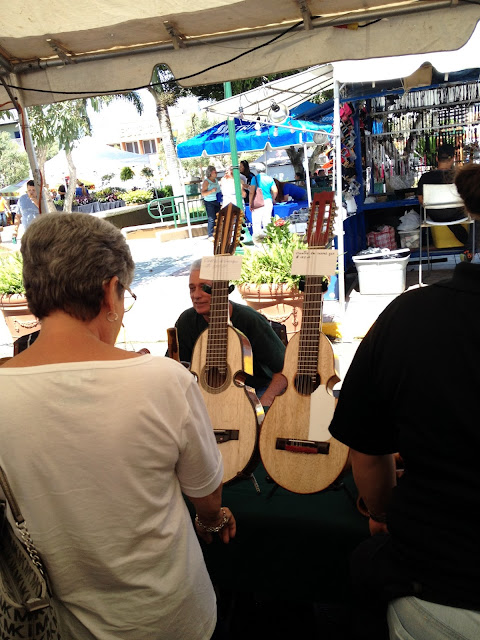 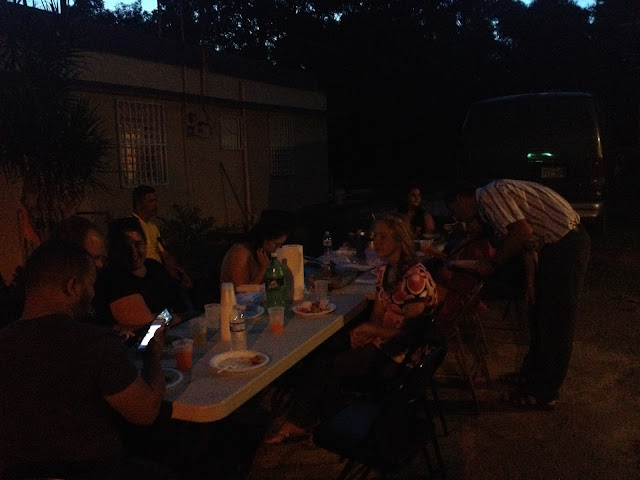 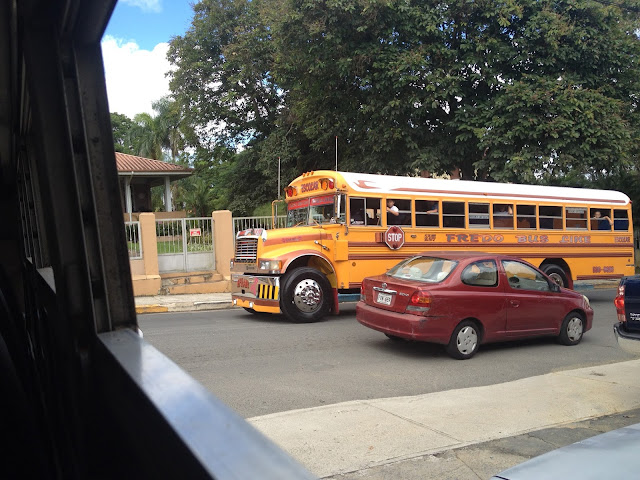