We got up at normal time today, but no one really wanted to get up. Once we all actually got up and had breakfast, then we read the Bible some as a family while we waited for it to be time to go. We were invited to go to the beach with Pastor Juan Carlos and his wife, Emma. We got into the bus, or as we found out, as the locals called it, the Gua-gua (Pronounced wha-waa). When we got to their house, they were all ready to go. We moved all our junk into their fan, put our waters in their cooler, and started towards San Juan. Our first stop was a gas station, then off to El Yunque National Forest. We also made a stop for ice. We were almost there when we hit road construction. We had to back up almost 500 feet, then go up this narrow, one lane steep road, with a cliff up one side and a cliff down the other. The kinda things that you only see in books, and sounds super scary. We got past the detour, and back onto the main road. We were all glad we didn't have the bus, as it would have made it almost impossible to do what we did with the detour. Even his Toyota mini-van had troubles with getting up some of the hills. We got to El Yunque and got out and used bathrooms, then climbed this really high tower where we could see all the way to San Juan. Then we got into the van again and drove a little further where we got out and hiked down to this waterfall. We got stuck behind a tour group that was moving painstakingly slow. It was driving Jason and Tovin mental, causing them to run around, and up and down a lot. We got to the waterfall, which was very beautiful, and took some pictures which were meh. There were a lot of people standing around in swimsuits, but not as many swimming. Like "Boi you're not gonna get a tan in a rain forest." Anyway, Juan Carlos started up the way we came from to get the van, and the rest of us started up around the rest of the trail. It was a very long climb and everyone was pretty happy when we got to the top. We got back into the van and drove to the ocean, where we then had lunch in a kiosk, right next to some slot machines. The food was the best we ate while in Puerto Rico, and it was very fun feeding bits of it to the super friendly birds nearby. We drove another mile or two down the road to a parking area where we got out and got into our suits. The water was very warm and the waves got as high as 10 feet in knee deep water. Everyone was very tired after that, so we went back the same way instead of doing something else. However, we were tasting salt water in our noses and mouths for the next few months. Once we got to Cayey, we dropped off Emma at a store in the mall, and went down a few stores to the Little Ceasers. We ordered some pizza, well, Juan Carlos did. He wouldn't let us pay for anything but our own lunch and gas. Emma came from shopping and then had pizza as well. We had some wonderful conversation about the Bible and raising people from the dead, as well as hearing some amazing stories that I would very much like to share, but am not able to as they are not my stories to tell. We got back in the van and went back to his house while listening to Spanish music. We moved all our stuff to the bus again, then gave them a card and a package of wild rice, a type of rice very common in Minnesota. We prayed with them and then took off back to our apartment. We unloaded all our stuff and then everyone got into bed right away. No one took showers, as the paint was still drying. It was a very tiring day, but super awesome. 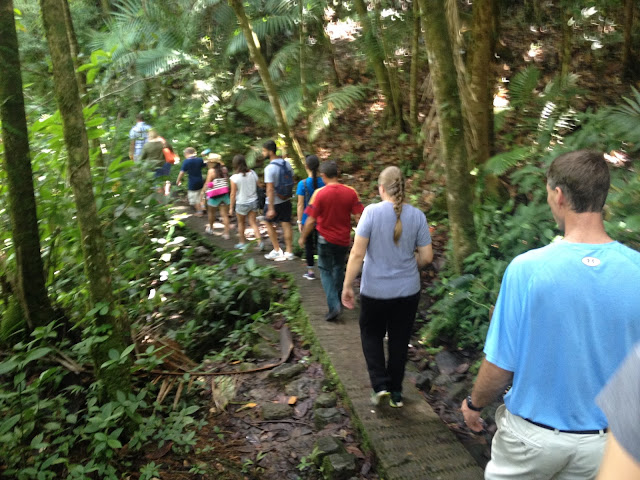 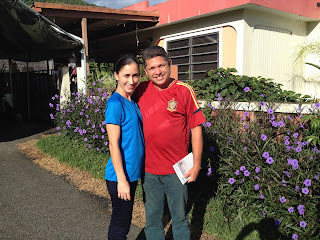 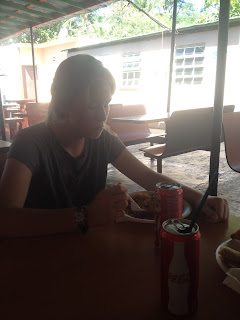 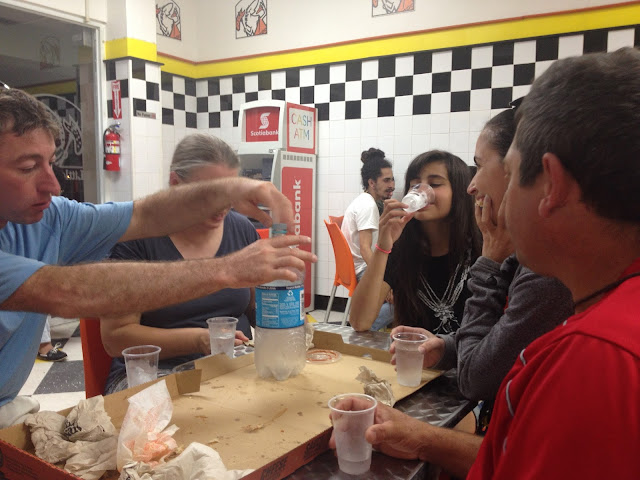